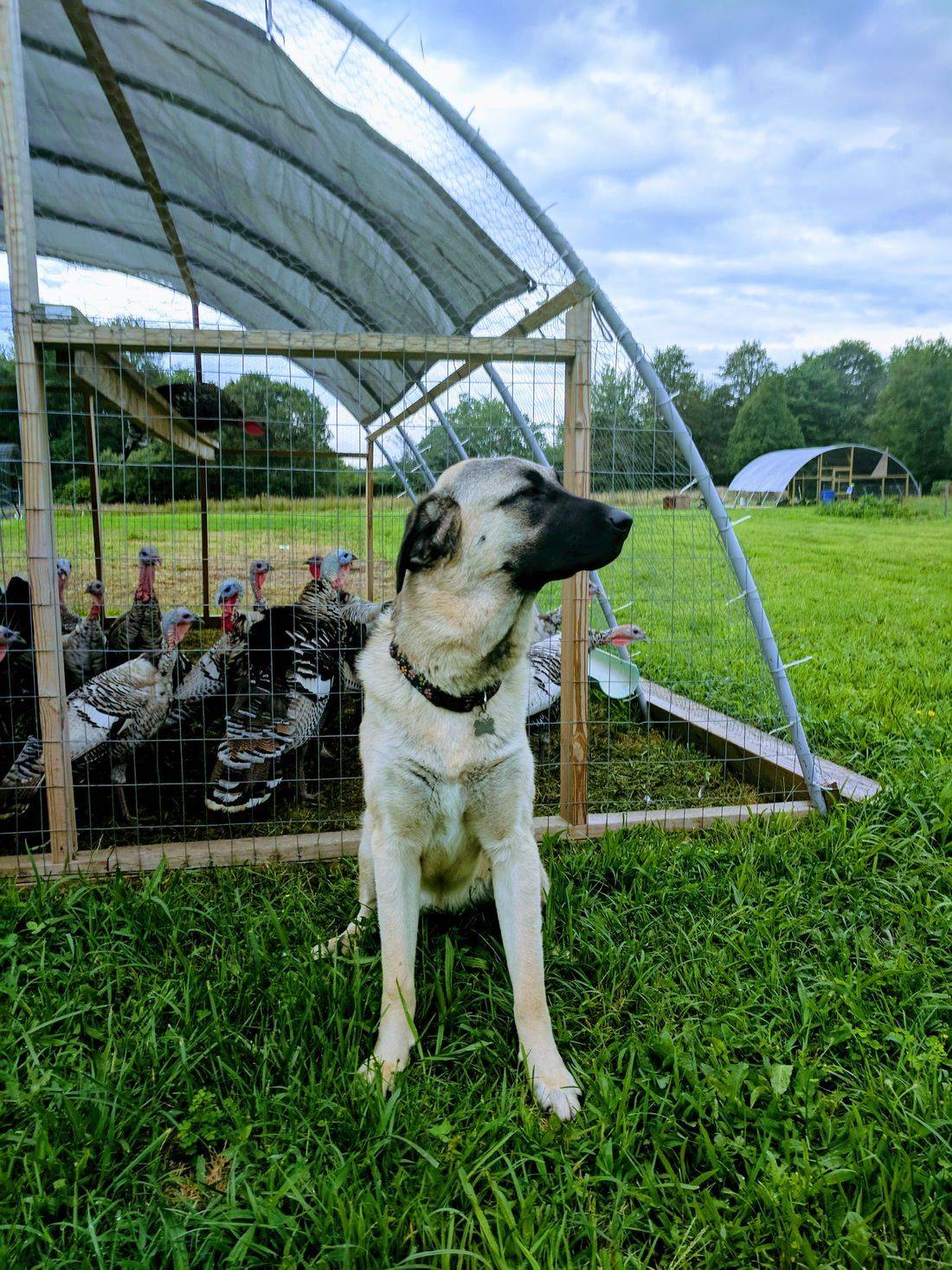 We are a small family farm located in Little Compton, RI. We raise Heritage Narragansett and Broad Breasted Bronze turkeys. Our turkeys are raised antibiotic free, fed only organic grains, and raised on pas​ture.

Three years ago, we read an article about heritage turkeys and how they were exceptional in their meat quality and taste. We decided to order one for Thanksgiving but found all the farmers across the U. S. were sold out – it was September 15th!

We decided we would buy some poults the following spring – and our turkey odyssey began.

It was sad to learn that when turkeys became a commercial commodity – the broad breasted white turkey was genetically modified to grow fast and be cheaper to raise, the Narragansett turkeys almost became extinct. One report stated that there were only 30 breeding pairs of turkeys in 1997.

The first year we raised 20 turkeys’. We kept ten 10 for a breeding stock. We were happy to find the article was correct – the meat was exceptional! The skin was thicker, with a nice thin layer of fat and more dark meat than white. More importantly we knew this meat was good for you. These birds had access to pasture, had been raised on organic feed and had never been given any antibiotics.

We have raised small amounts of different livestock for years because we wanted our family to have healthy food. But in raising these birds we found that most of the information about raising them had been lost when farmers abruptly stopped raising them and switched to the white commercial turkey. For example, farmers raising the genetically modified commercial turkeys are told not to put them on the ground until they are 7 weeks old because their immune systems are so poor – they will die if exposed to the bacteria in the ground. No wonder they need to give commercial turkeys so much antibiotics! Not so for Narragansett's – they have very healthy immune systems!

Not only did we want the meat to taste good – we wanted the meat to be healthy – so we decided to raise our Narragansett turkeys only on organic feed. A very expensive decision. We learned that some people market turkeys raised on non- GMO corn – but it does not mean they are raised on organic grains. We watched wild turkeys devour Russian olive berries – so we started picking them and feeding them to our birds. A great source of vitamins and minerals.

Our farm is named after our Anatolian Shepherd - Cyra. She is a livestock guardian dog and takes her job of protecting her turkeys from predators very seriously! She's chased off numerous coyotes, fox, opossum, and fisher cats.

We currently do not ship turkeys.

Cyra, our Anatolian Shepherd, watching over a Narragansett turkey